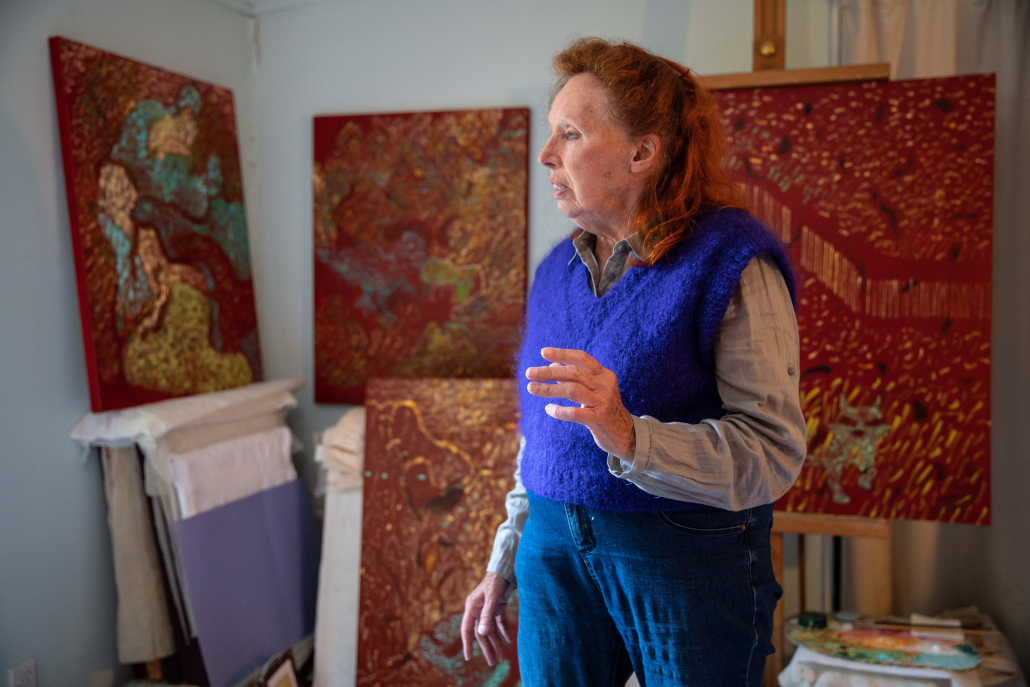 Halstead’s artworks are often painted from a bird’s eye view, as if she is merely flying over as observer. The viewer, as a consequence, has no choice but to enter these scenes, drawn in by their fairy tale qualities.

Diana Halstead was born in 1941. She enrolled at Elam, Auckland in 1959 and had teachers such as Louise Henderson and Garth Tapper who taught her painting, Jim Allen for sculpture. Additionally, the American art historian Arthur Lawrence became a great influence in her early life. She worked as a painter, ceramic sculptor, and used fabric and mixed media in her work.

​After graduating in 1963 Diana had a series of successful Auckland exhibitions through the ‘70s and ‘80s at the New Vision Gallery and the Petar James Gallery, the latter representing the minimalist abstractionists of New Zealand at the time.

The early ‘90s saw continued successful shows in Auckland at Artis and other galleries.

Diana has continued to paint consistently up to the present day, and for the last 16 years has lived in peaceful seclusion with her partner at the end of an unsealed road on the Coromandel, seemingly away from the distractions and interference of the busy world.

Now her work depicts her life in the wooded area where she lives, surrounded by animals — feral and tamed.

Her oil paintings are as if of dreams, containing archetypes and often imagery of another era. Her choice of colour sometimes seems to add a filter for looking. Her pictures are often painted from a bird’s eye view, as if she is merely flying over as observer. The viewer, as a consequence, has no choice but to enter these scenes, drawn in by their fairy tale qualities.

​There are wild boar, deer, owls, dogs, horses and other birds, drifting Chagall-like over the landscape. This is transporting imagery, deftly painted after a life time of practice and connection to the natural world, the subconscious, the art of telling a story. 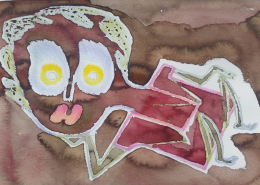 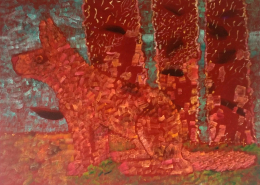 1 May 2021
For those who adore intensely colourful and imaginative paintings! Relive Diana Halstead’s recent exhibition at Miranda Farm Gallery and discover the inspiration behind her works.
END_OF_DOCUMENT_TOKEN_TO_BE_REPLACED
https://mirandagallery.co.nz/wp-content/uploads/2021/07/Diana-Halstead_The-Red-Dog-on-the-Edge-of-the-Forest_2987.jpg 819 1057 nicola@tanker.co.nz https://mirandagallery.co.nz/wp-content/uploads/2021/06/MirandaFarmGalleryLogo-cropped-230x149-1.png nicola@tanker.co.nz2021-05-01 09:25:002021-08-11 11:58:06Animalia